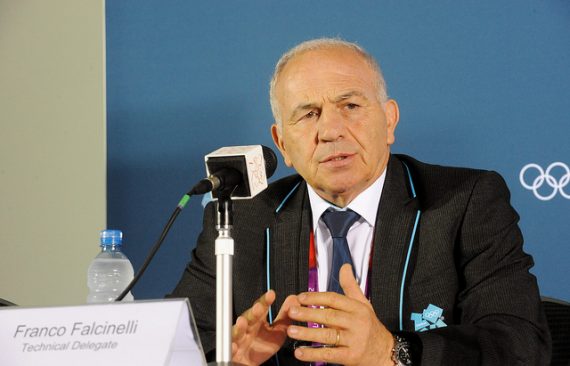 Franco Falcinelli is stepping down after 10 years as president of European Boxing Confederation (EUBC), after he decided to not stand for re-election when his term ends this month. Four candidates are standing to succeed him at the election scheduled at the EUBC Congress on April 30 at Falcinelli’s hometown, Assisi, in Italy.

Van der Vorst was a candidate in the AIBA’s presidential election in December 2020, finishing second behind Russia’s Umar Kremlev. He is also one of 15 candidates standing for a position on the EUBC Board of Directors.

Outgoing president Falcinelli has led the EUBC since 2012. In his final monthly newsletter on April 14, he pointed out that Europeans have won 17 gold, 17 silver and 35 bronze medals at the Olympic Games during this tenure.

“European boxing was a protagonist of the first two editions of the European Games and many World Series of Boxing.

“It organised 46 European Championships, 12 World Championships and by 2024 two editions of the Olympic Games,” he wrote.

Falcinelli also claimed that the EUBC has “offered various opportunities in training, has promoted youth training in boxing, has seen the growth of small Federations that have achieved prestigious technical results”.

Falcinelli remains a member of the IBA Board of Directors.

In 2017, he had a brief stint as the Interim President of IBA – then AIBA – after the resignation of long-time president C. K. Wu, who has since been banned by IBA for financial mismanagement and accounting irregularities.

In his February newsletter, Falcinelli criticised proposals to give men’s and women’s boxers parity at the Paris 2024 Olympics. He claimed that “if this means affirming the principle of gender equality we must have the courage to say that this choice represents a drastic marginalization (sic) of men compared to women!”

Women’s boxing did not feature at the Olympic Games until London 2012. In the short span of 4 Games, the International Olympic Committee (IOC) has announced there will be an equal number of male and female boxers – 124 – at the Paris Games in 2024.

At a recent executive board meeting in Paris, the IOC also approved new weight divisions in both the men’s and women’s tournaments. There will be one more weight division in men – seven – compared to six in women.