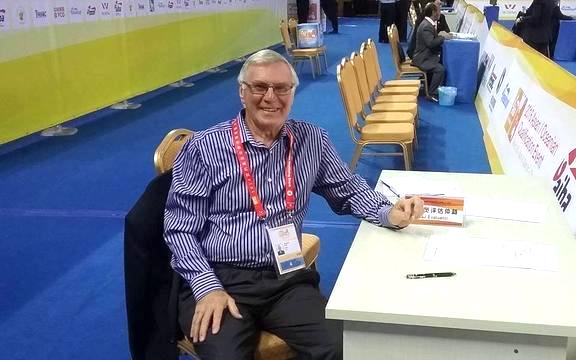 Keith Walker, the chairman of Boxing New Zealand, is concerned about boxing remaining an Olympic sport, and questioned the direction of the International Boxing Federation (IBA) under its current president Umar Kremlev.

In a frank interview with Radio New Zealand (RNZ), Walker cast doubt over Kremlev’s motives and said he was worried the money being pumped into confederations by the IBA would influence the suspended federation’s crucial elections later this year.

All five Confederations, along with the IBA, will hold elections in 2022, which Walker believes will determine the sport’s future.

Umar Kremlev is Russian, and he has brought in Russian state-owned energy corporation Gazprom as a sponsor to prop up IBA’s finances.

“This is the crunch year, we’ve been threatened by the IOC the last two years to clean up our act,” he warned.

In 2021, the IOC pointed out that about the Gazprom sponsorship deal put IBA in danger of being overly dependent on a single company for its revenue.

A report by Canadian law professor Richard McLaren detailed bribes to fix Olympic fights in 2016, while some officials or judges who didn’t fall in line were either forced out or threatened.

In 2020, Kremlev became the first Russian to win IBA’s presidency.

Walker said the Russian doesn’t appear to be the person he claims to be and the IOC knows that.

“He (Kremlev) thinks he’s on the right track, but we don’t get that from the reports that we’re getting from those which have been set up to investigate boxing.”

“We feel he’s not too worried about the Olympics, he’s more concerned about the IBA running its own ship and doing their own thing.”

“I’m sure the IOC will wait to see who is elected to the IBA later this year and then they’ll decide if we have a future at the Olympics.”

New Zealand was one of about 10 countries, that also included Great Britain and the United States, that have written to the IBA, saying that under no circumstances can they get into a position where they could lose their Olympic status.

“I have grave concerns about our survival, which will be a disaster.”

“We are desperate to remain involved with the IOC and NZOC, Olympic sport is very important and the only thing that keeps us surviving really…. it’s (the Olympics) the pinnacle of our sport.”

The IOC suspended IBA in 2019, and took charge of boxing in the leadup to the Tokyo Olympics and remains cautious about how the sport is being run.

The IOC is keen for a clean out at the top and that a new administration can be put in place, so the IBA Congress in May is crucial to the sport’s survival at the games.

However, Walker is not confident there will be change, or enough change to satisfy the IOC.

“Unfortunately, in most of the Confederations around the world they’re being dictated to by the people at the top and getting involved with who they want to be elected.”

“The influence they’re having by the amount of money they’re making available to the Confederations.”

He says the IBA has already offered a half a million dollars to Oceania, which is huge money compared to the $20,000 they use to get, so the influence that money will have on elections and how the sport should be run is very concerning.”

Walker remains hopeful that money won’t do all the talking, but is not optimistic, even in Oceania.

“We’re a small confederation and a lot of those in the Pacific aren’t rich and so we’re also concerned about how money will influence the voting rather than getting the right people on board.”

81-year old Walker has been involved in boxing since he was 10, he started refereeing in the sixties and since then has been to numerous Confederation and World Championship events along with six Olympics in different roles.